Pandalus trawl and T90 codend prove their worth on offshore shrimp 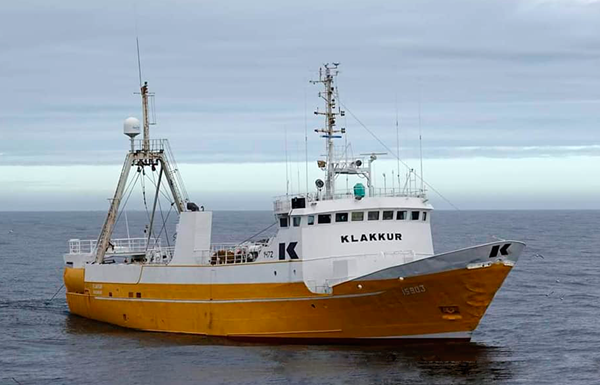 ‘Let’s say that catches have been pretty good since the beginning of July. We’ve been landing 25 to 35 tonnes of shrimp per trip and have mostly been on the back leading eastwards from the Skagafjörður Deeps. We’re happy with the fishing gear, and the development that began  four years ago with the inshore shrimp fishery and four-panel codends rigged on QuickLines. It’s certainly proved itself in environmental and quality terms with significantly greater efficiency in offshore shrimp fishing,’ said Guðbjartur Jónsson, skipper of Klakkur ÍS-903.

Klakkur was originally from the Westman Islands, and later based in Grundarfjörður. Now it’s fishing from Ísafjörður as one of the port’s four offshore shrimp trawlers.
A third winch was fitted by Naust Marine on board Klakkur last winter, enabling Guðbjartur and his crew to tow two trawls side-by-side. 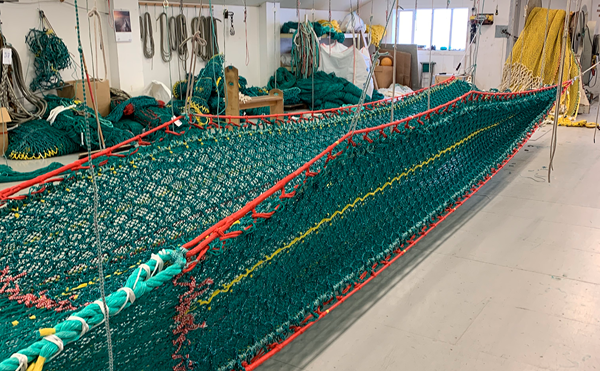 These are two new 2200 mesh Pandalus shrimp trawls designed by Hermann H Guðmundsson at Hampiðjan in Akureyri. The name comes from the Latin term for cold water shrimp, Pandalus borealis. The trawls are towed on 30 metre sweeplines and with a 5000kg centre weight. A pair of 9.5 square metre Injector doors are used to open the gear to give a door spread of 120 to 125 metres. The headline height averages 7.5 metres.

According to Guðbjartur Jónsson, Klakkur handles the trawls well, up to a towing speed of 2.4 knots, and the tensions are roughly similar to the single whitefish trawl they towed before.
Regulations governing offshore shrimp fisheries changed earlier this year, with a mandatory requirement to use T90 configuration codends instead of the conventional codends that have been in use for many years.

‘Our experience of the T90 codends from Hampiðjan in Ísafjörður for inshore shrimping has been excellent and this codend with DynIce QuickLines has been just as good on offshore shrimp. It took us a little while to get used to handling the codend, but after that everything has worked well. The difference is that offshore we tow for longer than we do inshore, and there’s more separation of shrimp the longer the tow. We have to take care that the QuickLines are rigged so that we don’t lose too much marketable shrimp. But that’s easy enough as working with the QuickLines is quick and easy. This system gives us a lot of flexibility and allows us to release small shrimp and maximise the proportion of retained marketable shrimp. It can make a difference to the catch value. The difference between grades is only 15 pieces, and the smallest grade of shrimp has practically no value to it,’ Guðbjartur Jónsson said, commenting that he expects the new codend to demonstrate even greater effectiveness as they get into the autumn.

That will take them to fishing areas where small shrimp can be expected to be found. It will be possible to adjust the codend’s rigging so that separation rate will keep the catch within the specified limits. 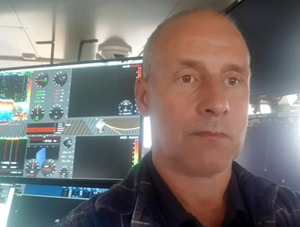 ‘We’re also allowed to use a square mesh codend, but the drawback with those is that too much shrimp catches on the bars when the gear is hauled. That damages them, and so those shrimp become useless,’ Guðbjartur Jónsson said.