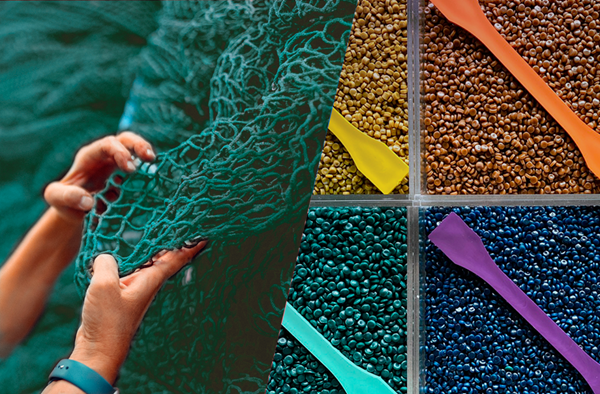 Recycled trawl gear used in electric car production
Hampiðjan has placed a strong emphasis on the collection and grading of fishing gear, and ensuring that this is recycled. Recycling routes have now been established for all of the materials used in fishing gears, with the exception of ropes that are manufactured using a mix of materials, but new rope constructions are to be made available early next year which will solve this problem.

The key collaborators are Plastix in Denmark which takes delivery of all the polyethylene trawl netting waste and Polivektris in Lithuania which recycles nylon in co-operation with Norwegian company Nofir. These companies clean the used trawl gear material, reduce it and produce granules that are sold to manufacturers which then produce new yarns from the recycled material or use it to mould items.

It’s always interesting to find out where this recycled material finds a new life, and German car manufacturer BMW has decided that it will be using material from recycled trawl gear in the production of its forthcoming Neue Klasse electric car, which will be introduced in 2025. Initially this plastic material will be used for around 30% of interior fittings and various external trimmings, with the aim of increasing this proportion over the coming years.

This has been announced by BMW, which also explained that the used fishing gear is efficiently collected in ports around the world to prevent plastic material ending up in the ocean. There’s a lot to play for here, as recycled plastic has a carbon footprint 30% lower than that of virgin plastic. BMW has stated that it intends to make every effort to reduce CO2 emissions into the atmosphere and using recycled fishing gear is part of that process. 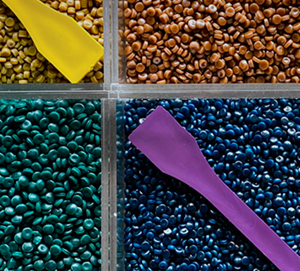 According to a BMW representative, recycled nylon forms the basis of production of floor mats for the BMW iX and the new BMW X1. The recycled material carries the Econyl brand name and is manufactured by Slovakian company Aquafil, using granules from Polivektris and Nofir in Lithuania.

The recycled polyethylene granules that BMW expects to use in producing trim, fittings and other plastic electric car components originate from Danish company Plastix. This material can be used in numerous ways during the production process, as the plastic material used in trawl gear is of a high quality. The managers of BMW Group have set themselves the target of increasing the current level of 20% recycled material in their cars to 40% by 2030.

Hampiðjan CEO Hjörtur Erlendsson welcomes BMW’s initiative and states that it dovetails with Hampiðjan’s environmental policy.
‘All used fishing gear we receive from our customers and is graded and sent for recycling at Plastix in Denmark and Polivektris in Lithuania, so it’s certain that our material will find its way to BMW in the future. Hampiðjan, fishing companies and fishermen can be satisfied that fishing gear that has outlived its usefulness gets a second life as part of BMW’s quality cars,’ he said.