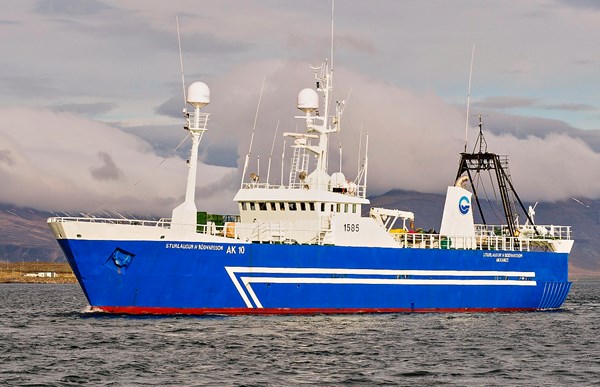 Fresher trawler Sturlaugur H Bödvarsson docked in Reykjavík last week with around 130 tonnes of fish on board, caught during a four-day trip to fishing grounds off the Westfjords. This was the crew’s first trip using Hampidjan’s DynIce Warps instead of conventional steel wire warps and they look promising, according to skipper Eiríkur Jónsson.
‘It’s difficult to compare precisely after just one trip, but we had no problems. The main difference I have seen so far is that it’s easier to manage the doors with these DynIce Warps than with wire warps. They respond immediately and they square better than they did before. We’re towing our groundfish trawl with a pair of pelagic doors and it’s clear that we’re getting a better spread between the doors than we had before,’ he said and commented that he had been warned before the trip that he would need to shoot more warp than would be needed with wire.
‘It didn’t turn out like that. We have 800 fathoms, which is between 1400 and 1500 metres of DynIce Warp on the drums, and before we had 800 yo 1000 fathoms of wire. The DynIce Warps take a little more space on the winch drums as the warp is 32mm and the wire we used was 30mm. The difference is that the DynIce Warps are around nine tonnes lighter than the wire we used to use and this has to pay a dividend in reduced wear on the winches and blocks. Otherwise we did everything exactly as before. Our towing speed is 3.50 to 4 knots, and the clearest difference is that it is now easier to control the doors than it was before,’ Eiríkur Jónsson said. 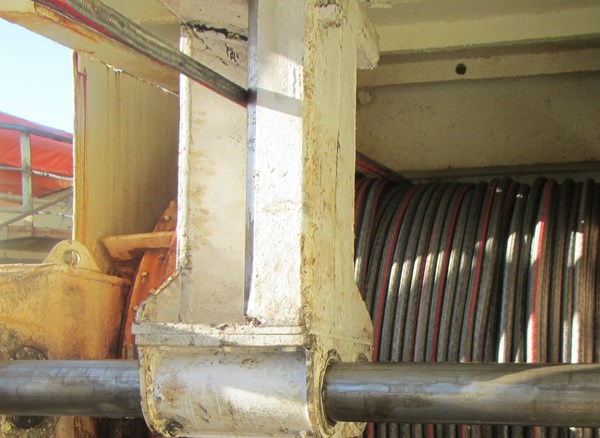 Hampidjan’s development manager Gudmundur Gunnarsson is understandably satisfied with the performance of the DynIce Warps.

‘We see this as milestone. Sturlaugur H Bödvarsson is the first Icelandic demersal bottom trawler to switch from wire to DynIce Warps. The results are encouraging but they aren’t exactly a surprise. The only other bottom trawler in the fleet to use DynIce Warps up to now is Vestmannaey, which took them on board when it was delivered new and these warps have been in use with outstanding results since 2007,’ Gudmundur Gunnarsson said.