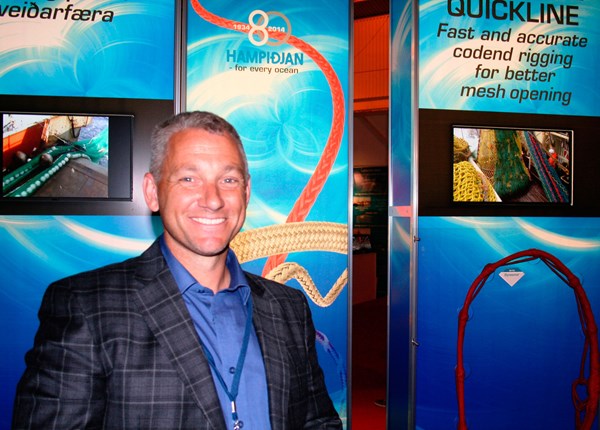 Among Hampidjan’s subsidiary companies is Hampidjan Canada, based at Spaniard’s Bay in Newfoundland, or Newfoundland & Labrador to give the province its proper name. The company’s origins go back a long way and its activities centre around supplying fishing gear and service to fishing companies in the region.

According to Hampidjan Canada’s managing director David Kelly, the company was in his family’s ownership before Hampidjan came in as the new owners some years ago to make it part of the Hampidjan Group. It has a workforce of twelve when things are at their busiest.

‘What we do is serve the local fleet. We rig the fishing gear they need and supply whatever related services they require. In addition, we are also agents for Thyborøn Trawl Doors,’ David Kelly said.

The cod stock off Labrador and Newfoundland decreased significantly during the 1990s, resulting in a complete ban in 1992 on fishing cod. Around twenty years later, the stock is reported to be showing gradual signs of recovery although direct fishing on cod is still outlawed. It hardly needs to be said what effect this had on Newfoundland’s coastal communities, as over the preceding century cod landings had been around the 250,000 tonne mark and the top year in the 1980s saw 800,000 tonnes of cod caught.

According to David Kelly, the fishing industry has had to adapt to changed circumstances.

‘Today most of the fleet is catching a variety of shellfish and shrimp  using bottom trawls. There is a by-catch of cod, but the total cod catch is very limited. Most of the boats are around 20 metres, although those that process on board are up to 70 metres.

Like other companies in the Hampidjan Group, Hampidjan Canada sources all of its materials from Hampidjan Baltic in Lithuania. David Kelly commented that transport is good and Eimskip has regular routes that call at Newfoundland, although he said that transport costs can have an influence on gear costs. 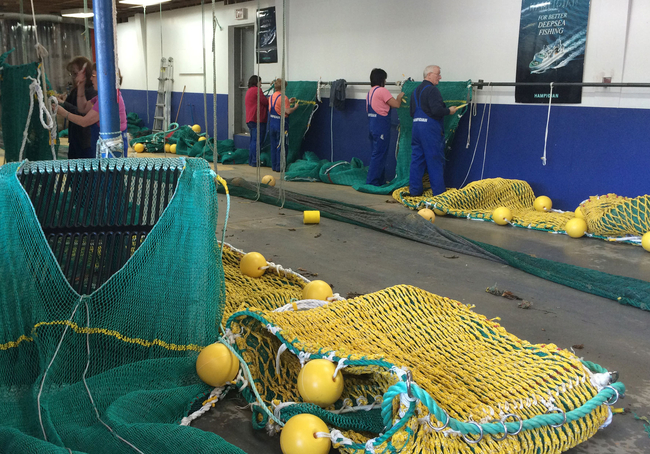