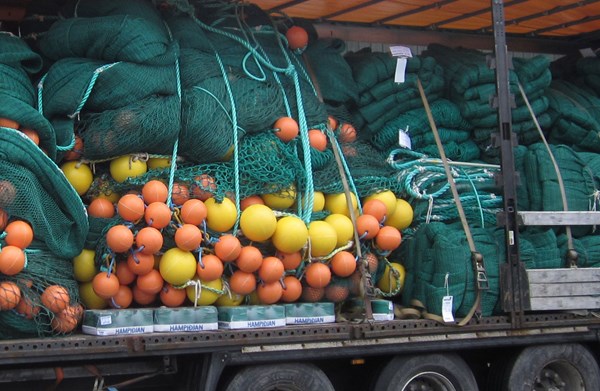 Cosmos Trawl, Hampidjan’s Danish subsidiary, recently delivered six new shrimp trawls,Incl. of floats, grids, bags and sparenetting.The trawls is build in Magnet Compact, and 4 more to be delivered end April to two Norwegian vessel operators. Prices for industrial shrimp, which have never been higher, means that Norwegian operators have a keen interest in taking part in the Barents Sea shrimp season which is due to open this spring. 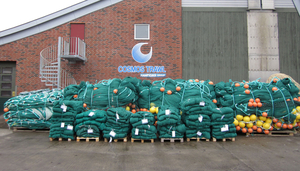 According to Cosmos Trawl’s sales manager Thorleif Grønkjær large orders are a rarity these days so two orders for a total of ten trawls is very welcome. The reason is simple enough. Industrial shrimp prices have been rising rapidly to a present high of 27 to 28DKK per kilo, plus there is an outlook for a good Barents Sea shrimp season in the spring when the cod fishery is over.

‘Last year we sold Havfisk in Ålesund three shrimp trawls for their new trawler Gadus Njord and these worked so well that Havfisk ordered another six trawls for two other new trawlers, Gadus Poseidon and Gadus Neptun, which will be heading for shrimp grounds in the spring. We also had an order from Arctic Swan in Ålesund for four trawls, and all of these trawlers are built to tow three trawls side-by-side,’ he said, commenting that Cosmos Trawl supplied the complete fishing gear package for Arctic Swan when the ship was delivered new in 2002.

‘Since then they have been using Norwegian versions of these trawls,’ he said and added that the six Havfisk trawls are to be delivered around Easter and the Arctic Swan gear at the end of April. In addition to the trawls, Cosmos Trawl is also supplying a package of extra gear for the shrimp fishery. 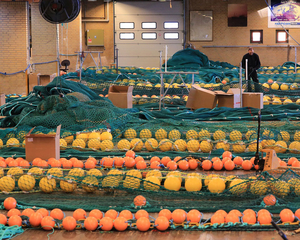 These trawls is 3000 meshes around the fishing circle, while the gear that Havfisk bought last year for Gadus Njord consisted of 3250 mesh trawls. Thorleif Grønkjær said that these trawls have an opening of around ten metres, although the trawl dimensions once the gear is in the water depends on the trawl doors used.