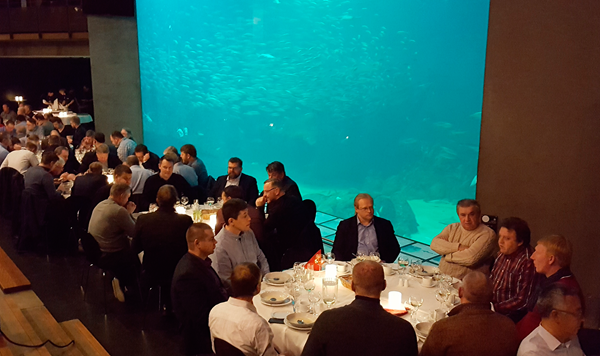 ‘This time we had 75 guests from ten countries, including a larger than usual group of Icelandic skippers and we appreciate that.’
Hampiðjan’s presentation visits to the flume tank have been a fixture on the company’s calendar for many years. The staff of the company’s design and fishing gear divisions put a great deal of effort into the preparation for three days at the Hirtshals flume tank with a packed schedule to demonstrate 25 gear models. This year the trip was from the 6th to the 9th of December and guests came from Iceland, the Faroe Islands, Greenland, Denmark, Sweden, France, Russia, Japan, Chile and Canada.

As usual, there was a lot of interest in our pelagic gears and it was obvious that Hampiðjan’s 1760 metre Gloria trawl has been proved to be a hit with the skippers. There was also interest in the 1408 metre Gloria capelin trawl with some interesting variations demonstrated, even though there is currently a poor outlook for the coming Icelandic capelin season. The 2560 metre blue whiting trawl that was recently tried out on board Venus with good results also attracted attention,’ he said. 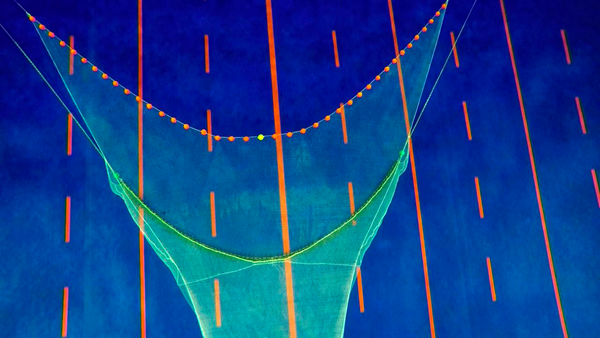 ‘There was also plenty of interest in the various demersal trawl designs we demonstrated, and these are being developed for the new fresher and freezer vessels that are on the way to Iceland next year. Hampiðjan and Fjarðanet showed some expanded versions of Strengur, Bacalao, H-Toppur and Hemmer trawls, with the emphasis on increasing the spread between the wing ends and rigging the trawls on rockhoppers, which proved to be of great interest to the future skippers of these new vessels,’ Haraldur Árnason said.