A feast in the codend 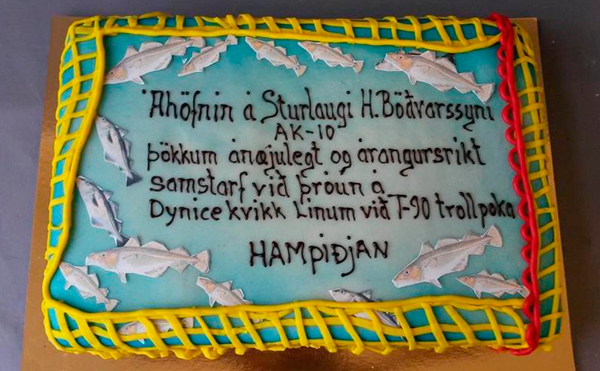 We can say that the crew of Sturlaugur H. Bödvarsson were rewarded with a feast on board recently when Hampidjan’s fishing gear development manager Gudmundur Gunnarsson paid them a visit before the trawler sailed from Reykjavík, bringing with him a buffet of cakes for the crew. The reason for the celebration was that for the last two years Sturlaugur H Bödvarsson’s crew have achieved outstanding success using a T90 codend with Hampidjan’s DynIce QuickLines.

‘It was exactly two years ago on the 14th of October that Sturlaugur H. Bödvarsson sailed for its first trip using a T90 codend in 155mm mesh to fish for cod on Westfjords grounds. The results have exceeded our most optimistic expectations so we felt it was worth marking the occasion. We decided on a buffet of cream cakes for the crew as a way of thanking them for the outstanding co-operation Hampidjan has enjoyed with skipper Eiríkur Jónsson and his crew over the last two years,” Gudmundur Gunnarsson said. 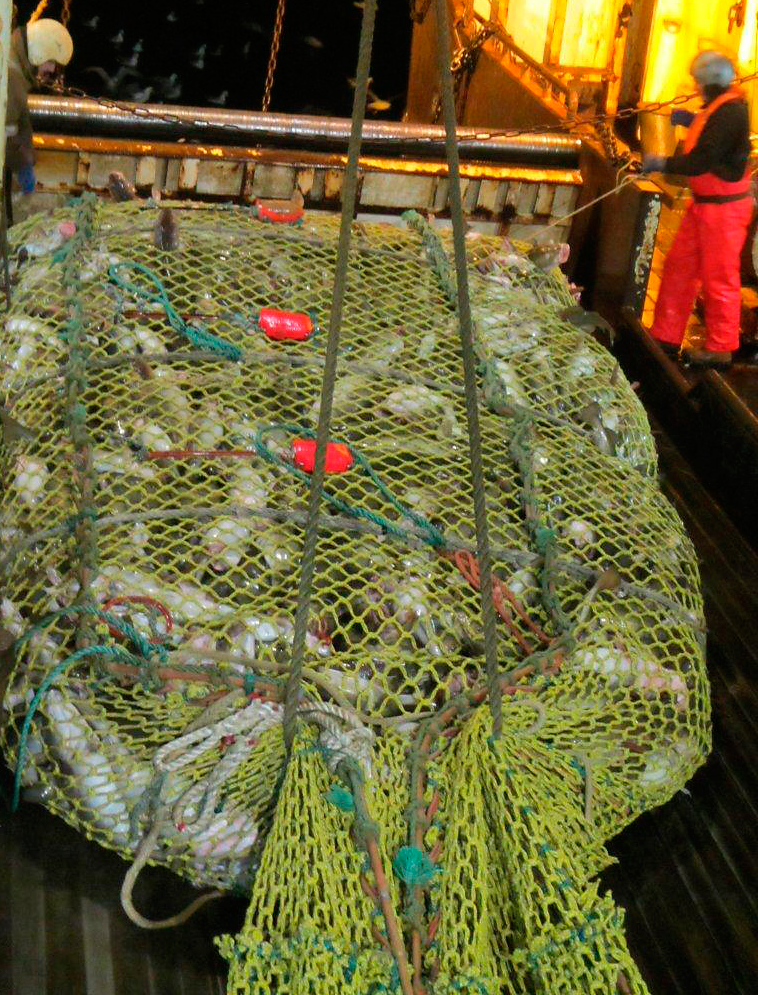 He added that the opportunity was taken during the week to renew the netting in the codend.

‘We used the same DynIce QuickLines again. These were measured and this showed precisely the same length as originally,’ he said, adding that Hampidjan is now engaged in a patent application process to protect its T90 codend production.